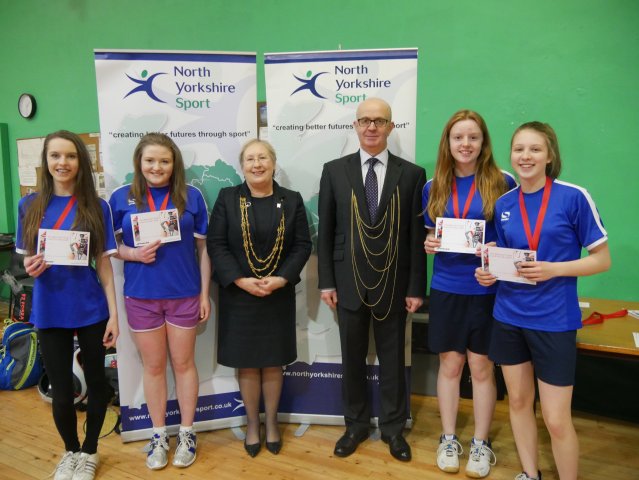 The Yorkshire county final of the National Schools Badminton Championships was hosted by North Yorkshire Sport and took place at York Railway Institute on 9th March 2016.

The final saw schools from the four regions of Yorkshire in fierce competition to win the regional title and move on to the National Championships taking place in Milton Keynes. Schools taking part were as follows:

York Railway Institute provided the 11 schools with nine courts and is one of the largest providers in Yorkshire. General manager, Colin Weir said "It's great to see the facilities being used by so many talented young players. We are pleased to be able to host such events".

The Lord Mayor of York, Councillor Sonja Crisp, and her consort enjoyed watching the games and presented the winning teams with medals at the end of the event. The winners were as follows:

North Yorkshire Sport were happy to host the regional final. Sarah Stephenson, Development Manager at NYS organised the event and said: "Hosting these finals at York RI is great for York and North Yorkshire. These young athletes are the future of badminton, so it's given us the opportunity to show them the great facilities we have in North Yorkshire.

"All the teams really brought their A game and it's brilliant to see so many passionate players come together.

"We're thrilled to have the Lord Mayor here, as it makes the players feel important and successful. We want to encourage activity as much as we can, these competitions really encourage this."