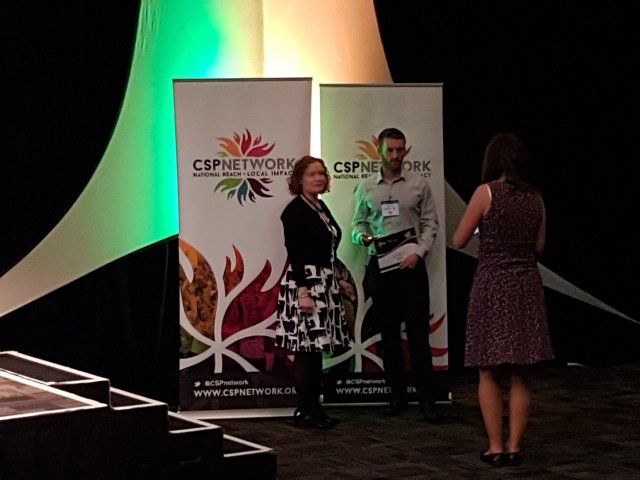 North Yorkshire Sport has won a CSPN (County Sport Partnership Network) collaboration award for our role in the 2017 #PassOnYourPassion campaign.

Thirteen CSP's came together to support the #PassOnYourPassion campaign which ran over 3 months in 2017, to celebrate female sports coaches, and encourage more women into coaching.

Each CSP had a week focusing on their region, asking coaches to 'pass on the baton' to potential coaches to encourage them to take up coaching before passing the giant baton onwards to the next CSP.

Social media played a huge role in the campaign, with over 800 individuals tweeting about it, and views of all the CSP's videos in the tens of thousands.

We worked closely with Active Humber to show inspirational female coaches, and capture the handover of the giant baton in a fun and engaging way!

Robin Lavin who ran our campaign said: 'Pass on your passion was a huge success in North Yorkshire and we enjoyed getting involved in the campaign immensely. Since the campaign has finished we have set up a support group on Facebook with over 80 local women sharing best practice and helping encourage and advocate women's coaching'