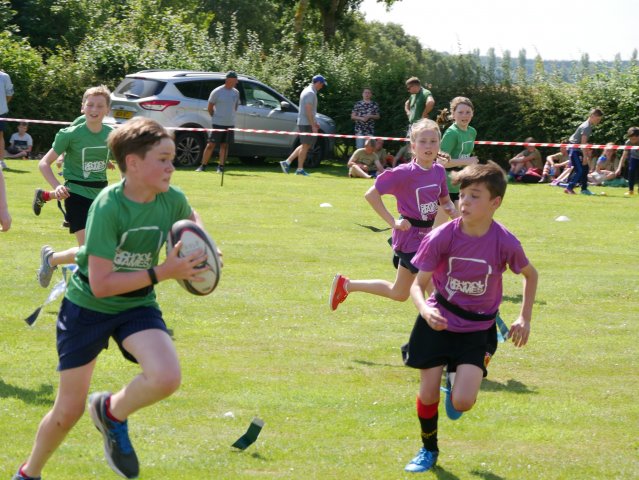 Sport England released their look into the activity habits of the nation today with the Active Lives Survey, this includes insights into each area of the country including North Yorkshire.

The Active Lives Survey summarises the nation's sport and physical activity habits, based on data from 2016-2017 and on a sample of almost 200,000 respondents. Sport England's latest reports state that activity levels in England are stable with 27.7 million (61.8%) of people (aged 16+) in England are active – meeting the Chief Medical Officer's guidelines of doing at least 150 minutes of moderate intensity activity each week. are gaining the health benefits, including a reduced risk of dementia, depression, diabetes, and improved mental wellbeing.

However, at the other end of the scale, 11.5 million people (25.7%) are inactive, meaning they do less than 30 minutes of physical activity a week.

Within England, North Yorkshire is ranked within the top 4 CSPs in the country for physical activity levels. In 2016-17, 65.5% of the population were seen to be 'active', which means around 291,020 people were active for more than 150 minutes per week. This amount of weekly activity is what the Chief Medical Officer advises, with reports that people doing at least 150 minutes of moderate intensity activity each week are gaining the health benefits, including a reduced risk of dementia, depression, diabetes, and improved mental wellbeing.

The number of people who were 'inactive' with North Yorkshire slightly decreased on the previous year, with 22.5% exercising less than 30 minutes each week, a 0.9% decrease on last year. Additionally, 12.0% of people are physically active between 30 and 149 minutes per week, so were described as 'fairly active'.

The Active Lives Survey also revealed some key statistics around particular activities. A striking feature of the data was a significant increase of 518,000 more people doing interval training sessions (e.g. HIIT sessions). A significant proportion of the people doing interval sessions (47%) are young people aged 16-34. This coincides with an increase in the number of HIIT sessions available free on YouTube. As a nation, walking remains the most popular activity, with 18.6m people walking for leisure and 14.5m people walking for travel, with the latter seeing an increase of 423,000 (0.7%) people on last year.

On the other hand, swimming and cycling have both decreased in popularity, with 283,000 fewer people swimming, and 93,000 fewer people cycling. Adventure sports, meanwhile, has enjoyed a boost in popularity with 337,000 more people taking part in activities such as hill and mountain walking, rock climbing, abseiling, orienteering, Parkour, or high ropes.

The gap in activity levels between the higher and lower socio-economic groups has stabilised, although people on lower incomes and disabled people are still much less likely to be active enough to benefit their health. Helping these groups get active remains a major priority for Sport England and it is dedicating significant investment to both groups.

Older people are getting more active, with an increase in the number of 55-74 year olds meeting the 150 minute threshold (up 1.3% to 58.3%). This is important given that we have an ageing population. Brisk walking, including hill and mountain walking appears to be driving this increase.

Click here to read more about the Active Lives Survey.