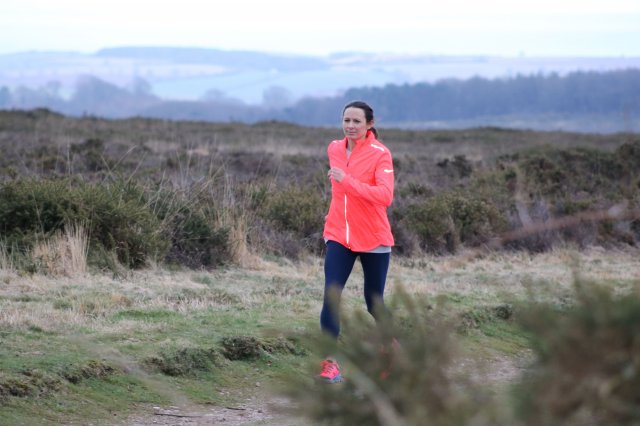 Athletics club and charity, Fitmums & Friends is delighted and honoured to announce that international runner and five-time Olympian, Jo Pavey has agreed to become its patron. Pavey joins the charity as it celebrates its tenth year and will support its work to help men, women and children to enjoy being more active.

Fitmums & Friends is a Hull-based charity which is passionate about supporting people to become more active. It offers a range of running, fitness walking, cycling, boot camp, buggy and junior athletics sessions for all abilities to help improve fitness in friendly and supportive groups. It began in 2009 as an informal run session from one mum's driveway, but quickly grew: today, there are 11 Fitmums & Friends clubs across Hull, Yorkshire and North East Lincolnshire with more than 1,000 members. The organisation became a registered charity in July 2017 and Pavey will be its first patron.

British athlete, Jo Pavey is a world, European gold and Commonwealth medallist over 5,000 and 10,000m. She is also a five-time Olympian, having represented Team GB at every Olympic Games from 2000 to 2016, and is now aiming for a place in the Great Britain team at Tokyo 2020. She juggles her international running career with being a busy mum of two.

Pavey was honoured to be asked to be patron of Fitmums & Friends. She explains: "Fitmums & Friends is such a fantastic organisation. I truly admire the way it supports people of all abilities to enjoy the benefits of being active and to gain confidence whilst making great friendships. It's great that its activities range from specialist coaching sessions to walking groups; and its shepherding system which allows people to enjoy running together regardless of ability or experience is brilliant.

"I had a brilliant time when I met some of the members of Fitmums & Friends in the autumn. I was so inspired by their immense energy, enthusiasm and friendliness. I could really see how lives were being changed by the encouragement given to people and by the lovely camaraderie within the organisation. I'm so, so excited to be involved with such great people with whom I share a passion for keeping active."

Sam Barlow, founder of Fitmums & Friends, explains why she approached Pavey to be the charity's patron: "Jo is the perfect fit for us. She is an inspirational athlete and most of all an inspirational mum. When I met her, I was struck by the way she instantly understood what it is we strive to achieve at Fitmums & Friends. She just got it. She is so enthusiastic about creating opportunities to help people feel safe and supported to become more active. We are thrilled that Jo recognises our work in supporting people to be more active and that she wishes to become our patron."