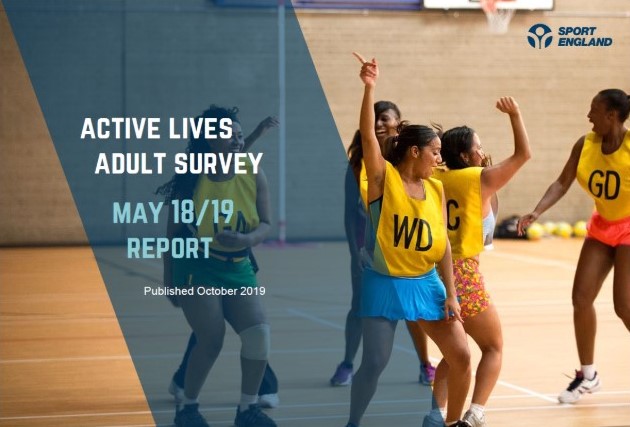 The latest results from Sport England's Active Lives research shows a 'significant decrease' (-2.6%) in those classed as inactive in North Yorkshire, and also shows that York is currently the 3rd most active district in the country!

York has 74.9% of the population classed as 'Active', doing 150 minutes or more of physical activity per week. North Yorkshire as an area scored highly also with 67.7% also classed as active, only being bettered by 3 other Active Partnership areas.

This coincides with the highest ever levels of activity being recorded nationally by the survey, with 1 million more people physically active than when the survey began.

That takes the total number of active people – those doing at least 150 minutes of moderate intensity physical activity per week – up to 28.6 million.

The number of inactive people – doing fewer than 30 minutes of moderate intensity physical activity per week – is down to 11.2 million, a decrease of 131,700 since 2015 and the lowest figure ever recorded by the survey.

The results show that this improvement has been driven by women and older adults (aged 55+) – groups we have focused on in our Towards an Active Nation strategy, with campaigns such at This Girl Can, a £10 million fund for projects that support people aged 55+ to get active and by supporting new opportunities for running such as our £3 million investment into parkrun.

The report also makes clear the mental health benefits of being active. When asked to rate their mental health on a scale of 0-10, active people reported feeling:

And Tim Hollingsworth, Sport England chief executive, was encouraged by the new data.

"It's really excellent news that a record number of people are now active every week and that we're also seeing a significant decrease in the amount of inactive people," he said.

"It shows us that efforts to help more people get active are starting to make a real difference, particularly for older adults, women and those with a disability or long-term health condition.

"But we can't be complacent. Within the overall positive picture of these figures is a sobering reality – if you are well-off you are far more likely to be active than if you're on a low income or less affluent.

"While there are complex barriers that stop less well-off people from getting active, this is an unacceptable inequality and one we're starting to address in the work we are doing across the country – including piloting programmes in 12 local areas to tackle inequality.

"Being active has positive benefits for mental and physical wellbeing, strengthens communities and helps build confidence and resilience.

"We urge anyone working towards helping people live healthier lives – whether that's government policy makers or health professionals – to consider physical activity as a vehicle to help drive positive outcomes, so that everyone can benefit."

For those with a disability or long-term health conditions there has been an increase in activity levels and decrease in inactivity levels over the 12 months to May 2019, with 216,300 more active and 107,800 fewer inactive.

However, they are still twice as likely to be inactive than people without a condition or disability, so work continues to support and inspire people into physical activity – such as the new We Are Undefeatable campaign, led by 15 of the leading health and social care charities and backed with National Lottery funding and Sport England expertise.

Other notable findings from the report show:

Nigel Adams, Minister for Sport and Civil Society, added: "Every single person in this country should have the opportunity to take part in sport and activity. It is not only good for our physical health but it also boosts our mental wellbeing and makes people happier.

"Sport England is rightly focusing on further increasing participation so that people from all backgrounds can get, and enjoy being active."

The Active Lives Adult Survey is conducted by Ipsos Mori.