Children’s activity levels on the rise 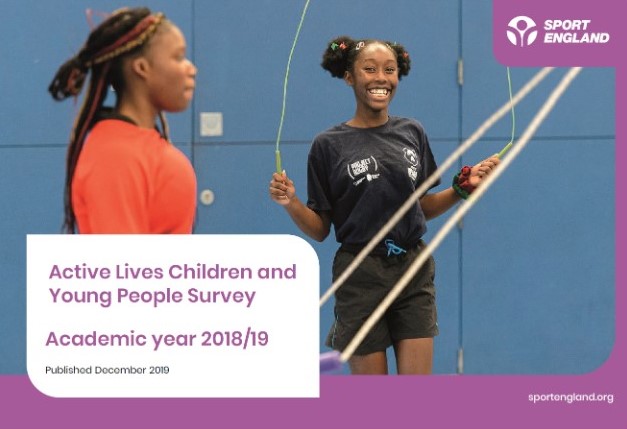 Nationally almost half of children in England now take part in an average of 60 minutes of physical activity a day – up 3.6% from last year.

Almost half of children and young people (46.8%) in England are doing the recommended average of 60 or more minutes of physical activity a day - a rise of 3.6% over the last year.

David Watson, CEO of North Yorkshire Sport said, 'It's great that the figures nationally are showing a rise on children and young people's activity levels. North Yorkshire traditionally is a more active region, but we are equally conscious that there is still plenty of work to be done to look at how we engage the 50% or so of them not currently meeting the CMO guidelines, and we will continue to push that area of work.'

As part of their 2016-21 strategy Towards an Active Nation, Sport England is already investing £194m in children and young people, within its remit of responsibility for sport and physical activity outside of school from the age of 5.

Activities outside of school that are on the rise include active play, team sports and walking.

At the other end of the scale, 2.1 million children and young people (29.0%) are doing less than 30 minutes of physical activity a day, and while that number is decreasing (by 3.9% over the last year) it is a reminder of how much more needs to be done. In the middle, another 1.7 million (24.2%) children are 'fairly active' taking part in average of 30-59 minutes a day.

The survey also shows that active children are happier, more resilient and more trusting of others and it has also shown a positive association between being active and higher levels of mental wellbeing, individual development and community development.

Active Lives Children and Young People provides the most comprehensive overview of the sport and physical activity habits of children in England. It looks at the number of children taking part in a wide range of sport and physical activities (ranging from dance and scooting to active play and team sports) at moderate intensity, both at school and out of school. The report is based on responses from over 130,000 children aged 5-16 in England during the academic year 2018/2019, making it the largest study of its kind.

ACTIVITY SETTING – AT SCHOOL VS OUT OF SCHOOL

Other interesting points to note are:

ATTITUDES TO SPORT AND ACTIVITY

The full Active Lives Children and Young People report is available at
http://www.sportengland.org/media/14325/active-lives-children-survey-academic-year-18-19.pdf