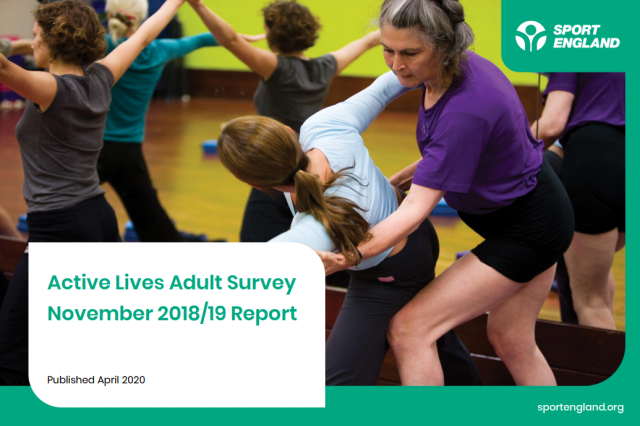 The latest Active Lives Adult Survey from Sport England shows greater numbers of women, older people and those with a disability or long-term health condition were getting active.

Published today but conducted in the 12 months to November 2019, the figures show 28.6 million adults nationally were active – i.e. doing at least 150 minutes of moderate intensity physical activity a week.

The results also show there were 159,500 fewer inactive people – those not doing at least 30 minutes of moderate intensity physical activity a week – than the previous 12 months.

In North Yorkshire a record low number of adults were inactive, down to 20.7% (142,000 people) of the population, making North Yorkshire the 4th lowest county in terms in levels of physical inactivity.

The report also shows a slight decrease in the numbers of people reporting that they volunteered in a sporting capacity with less men and young people aged 16-24 reported as volunteering than in previous surveys.

Most importantly the report shows a positive association between physical activity levels and volunteering and improved mental wellbeing, resilience and a reduced chance of reporting feeling lonely.

North Yorkshire Sport Chief Executive commented on the results saying "It is great news that inactivity had been reducing in North Yorkshire and we remain one of the most active counties in the country. What is perhaps more important is the strong link between improved mental wellbeing and resilience which are important for the general health of our population."

Speaking about the current Coronavirus pandemic he also added "It is important that citizens of North Yorkshire incorporate physical activity, where possible and where safe, in to their daily routines to help manage their physical and mental health and develop strong habits."