Basketball is a game played by two teams of usually five players each on a rectangular court having a raised basket or goal at each end, points being scored by tossing the ball through the opponent's basket.

An Overview of Basketball

Basketball can be played by people of any age, size or ability and with thousands of outdoor courts across the country - where you can play for free - there's plenty of places to practice if you don't fancy competing with a team.

Find Basketball Activities Near You 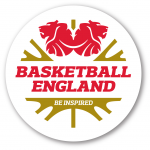 Basketball coaching for U16 boys and girls [school years 8 -11] for beginners and improvers. We are hoping to pull together enough players to form an U16 team to play friendly matches against other local non national league teams. We plan to hold central venue league events at U16 level in partnership with other local clubs and coaching sessions. We provide a pathway on to the Bradford Dragons BC junior national league programme that plays in the EBL [national league] at U14, U16 and U18 levels