An Overview of Biathlon

There are 5 main competition formats:

20 km race for men, and 15km for women. Biathletes shoot four times, totalling 20 targets. For each missed target a fixed penalty time, usually one minute, is added to the skiing time of the biathlete. Competitors' starts are staggered, normally by 30 seconds.

The sprint is 10 km for men and 7.5 km for women. The biathlete shoots twice for a total of 10 shots. For each miss, a penalty loop of 150 m must be skied before the race can be continued. Competitors' starts are staggered.

In a Pursuit, biathletes' starts are separated by their time differences from a previous race, most commonly a Sprint. The contestant crossing the finish line first is the winner. The distance is 12.5 km for men and 10 km for women, there are four shooting bouts, each miss means a penalty loop of 150 m.

In the Mass start, all biathletes start at the same time and the first across the finish line wins. The distance is 15 km for men and 12.5 km for women, there are four bouts of shooting. As in Sprint races, competitors must ski one 150 m penalty loop for each miss.

The Relay teams consist of four biathletes, who each ski 7.5 km (men) or 6 km (women), with two shooting rounds. For every round of five targets there are eight bullets available. If after eight bullets there are still misses, one 150 m penalty loop must be taken for each missed target remaining. The first-leg participants start all at the same time, and as in cross-country skiing relays, every athlete of a team must touch the team's next-leg participant to perform a valid changeover.

Find Biathlon Activities Near You 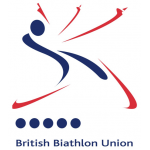