Judo roughly translates as 'gentle way' in Japanese, and though it can appear to be anything but gentle, it's skill, technique and timing that will see you gaining different colour belts as you improve.

An Overview of Judo

Judo is one of two martial arts included in the Olympics, and it is easy to try it, with all clubs registered with the British Judo Association offering free starter sessions and 'judo gi' (uniforms) to borrow.

Judo is an unarmed Olympic combat sport that demands both physical prowess and great mental discipline. It was founded by Jigoro Kano in Japan in the 1880s and has grown in popularity to become one of the most popular individual sports across the globe. Judo translates into English as "the gentle way".

Judo is the only martial art currently a part of the Paralympics. Visually Impaired or 'VI' Judo is a specially adapted form of judo for individuals with visual and other impairments.

Two players (called judoka) compete against each other on an 8m x 8m matted area for up to 5 minutes with the player scoring the most points winning the contest. Scores of varying degrees are awarded for throws, holds and more, with the coveted "ippon" score ending the contest. If the scores are level at the end of the 5 minute period the contest goes to 'golden score' with the first person to score any point winning the contest.

Find Judo Activities Near You 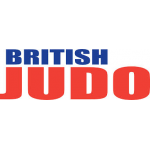 We are a full time Martial Arts School in Harrogate delivering instruction in Kickboxing and Krav Maga Self-defence with age-specific classes for children and adults.

Birstal and Batley Tae Kwon Do

Birstall/Batley Tae kwon do is a member of the T.A.G.B
(Tae Kwon-Do Association of Great Britain).
Tae Kwon Do is suitable for all ages from 6 years and above
Want to get fit? Want to learn how to defend yourself
come down now

Birstall/Batley Tae kwon do is a member of the T.A.G.B
(Tae Kwon-Do Association of Great Britain).
Tae Kwon Do is suitable for all ages from 6 years and above
Want to get fit? Want to learn how to defend yourself
come down now