Korfball is a fast-paced and dynamic game that is the only truly mixed team ball sport in the world.

An Overview of Korfball

The principles are similar to those of netball, handball and basketball but the unique defending and mixed sex rules make for a much more varied game at a faster pace. However similar to netball players are not allowed to run with the ball. Teams consist of eight players, four male and four female. The goal, or "korf", is a plastic basket on a pole 3.5m above the ground. A match lasts 60 minutes, with a ten-minute half-time break.

Find Korfball Activities Near You 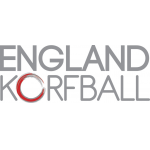