Tennis or lawn tennis is a racquet sport. It enjoys a long and proud history.

An Overview of Tennis

The game has evolved - it's now an Olympic Sport. The rules of the modern game are easy to learn. It's played between either two players (singles) or two teams of two players (doubles). Players use the racquet to this the ball over the net into the opponent's court.

Serve, volley, backhand, forehand, deuce, 40-love, advantage - so many terms in tennis that may confuse those of you who have never played. But the aim of the game is pretty simple, hit a tennis ball over the net with your stringed racquet and inside the designated lines.

Find Tennis Activities Near You

Cardio Tennis is a fun, sociable group fitness class set on a tennis court and open to people of all ages and abilities. Supported by music and qualified instructors, you’ll get to hit lots of tenn

For those who want to play friendly, competitive tennis in their local park or venue, we provide the platform to help you get started.

LTA Youth Start is for kids aged 4-11 years who are new to tennis. It helps teach kids new life skills, developing them as both players and people.

'She Rallies' aims is to attract and retain more women and girls tennis in the UK by inspiring and empowering a female workforce to create more opportunities for women and girls in tennis.

Tennis Xpress is a beginner adult introductory coaching course for players who want to learn the basics of the sport. 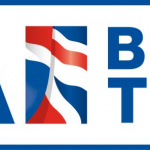 What is Pickleball
Pickleball is a fun sport that combines elements of badminton, tennis, and table tennis. Played both indoors or outdoors on a badminton-sized court and a slightly modified tennis net. Two or four players
Where Can I Play Pickleball?

York Sport Tennis provides tennis sessions for juniors and adults of all ages and ability levels. The sessions are delivered throughout the year by qualified level 2 and 3 coaches. York Sport Tennis further offers private lessons, court hire and junior an

STC has coaching from 3 years upwards and runs teams in Wharfedale and Bradford Parks Leagues.
It's a fun and friendly place to place with 5 all weather tarmac courts, 3 with floodlights.
Pay and Play is available and Private lessons can be arranged.

Any registered venue that can demonstrate the ability to grow community participation through tennis facility development. This fund will be allocated throughout the year.

The Facility Loan Scheme provides loans up to £250,000 to help venues deliver projects that will grow the number of people playing tennis.

Loughborough Sport is looking to recruit a passionate University Tennis Coordinator. This new role will support the development and implementation of Loughborough Sport’s Tennis vision that delivers innovation, inclusivity, and quality in all aspects of tennis participation, performance, and workforce development.