Water skiing is a surface water sport in which an individual is pulled behind a boat or a cable ski installation, skimming the surface on two skis or one ski.

An Overview of Water Skiing

There are many options for recreational or competitive waterskiers which include: speed skiing, trick skiing, show skiing, slaloming, jumping, and barefoot skiing.

Slalom: Slalom skiing involves a multi-buoy course that the skier must go around in order to complete the pass.

Jumping: Waterski jumpers use two long skis to ride over a waterski jump in an attempt to travel the longest distance. In a tournament, skiers are given three attempts to hit the ramp. The winner is the skier who travels the farthest calculated distance and successfully rides away for at least 30 m.

Trick: skiers are given two 20-second runs during which they perform a series of their chosen tricks.

Show: Show skiing is where skiers perform tricks while being pulled by the boat.

Racing: Water ski racing consists of a number of water skiers who race around a set course. A team consists of a boat driver, an observer, and one to two skiers depending on the race

Find Water Skiing Activities Near You 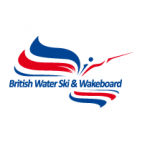