Olympic Weight Lifting is one of the world's oldest competitive sports.

An Overview of Weightlifting

With its origins reaching back to the Olympic games of Ancient Greece where some form of it has been practiced continually for thousands of years. In 1896, it was included as one of the competitions in the first modern Olympic Games. It has since then continued to be an important part of the athletic pride of countries all over the world.

Find Weightlifting Activities Near You 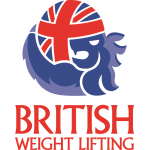