Who will deliver the programme? 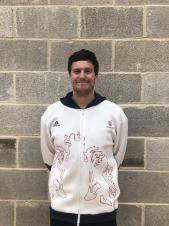 James represented Great Britain for over six years, reaching Olympic, World and European level. His defining moment in swimming came in 2008 as James defied injuries to swim his way to his childhood dream of becoming an Olympian.

The dedication, commitment and the hours needed to build his dream has seen regular 4.30am starts, thousands of metres of swimming every day and a positive attitude to boot. James retired from swimming, which in his own words, was a career which 'tested his inner strength with its many ups and downs along the journey'.

As a young swimmer, James showed the promise to go all the way to the top and worked to make it a reality. James believes that his story has a message for anyone wanting to find their inner strength to fulfil their potential. 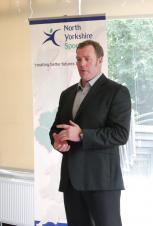 Paul represented both Great Britain and England in Rugby League and played over 450 first grade games for teams including Sheffield Eagles, Halifax, Hull and Wakefield.

Paul was an average pupil at school however when he was introduced to Rugby aged 11, he found his sporting passion and worked hard to to become a professional athlete with Sheffield Eagles aged 19.

Ian works for North Yorkshire Youth and is a Youth Development worker covering the Scarborough district.